← back to
AMS Records
Get fresh music recommendations delivered to your inbox every Friday.
We've updated our Terms of Use. You can review the changes here. 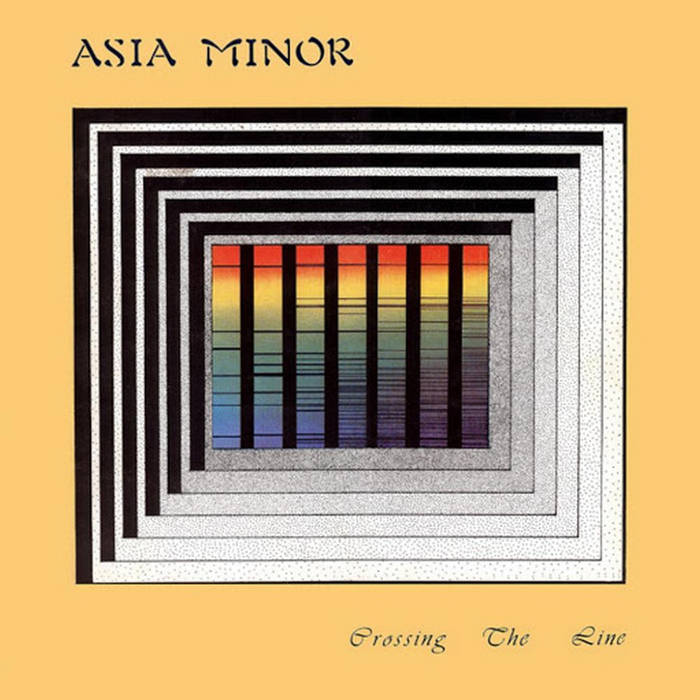 “Crossing the Line” is the first album by Asia Minor, a cult band of the progressive rock scene founded by two Turkish students living in Paris, Setrak Bakirel and Erik Tekeli, who are still part today of the line-up that has recently released, yet on AMS Records, the album “Points of Libration” (2020).

“Crossing the Line” was released in 1979 and as the following “Between Flesh and Divine”, exception made for some keyboard sounds, emanates a deep early ‘70s progressive rock feeling, as very few others were able to make in those years. An already mature debut for the band, here officially a trio (Setrak Bakirel – vocals, guitar, bass / Eril Tekeli – flute, guitar, bass / Lionel Beltrami – drums) with Nick Vicente guest on keyboards, who were capable of forging a complex but beautifully flowing record, upheld by an incredibly solid rhythmic section and characterised by a perfect interchange between between enthralling and energetic moments and dreamy, ‘Canterburian’ atmospheres.

This release completes the series of Asia Minor’s back catalogue reissues, after the recent re-edition of “Between Flesh and Divine”. Another essential record, released as papersleeve CD.

Bandcamp Daily  your guide to the world of Bandcamp

Sampa The Great joins the show to discuss her release, "As Above, So Below".